The third season of House of Cards may not have been as good as the first two, but it is still great TV. The official House of Cards Twitter account has teased season four with this tweet: "I will leave a legacy. #Underwood2016".

If it's anything like season three, Netflix should premiere every episode of season four in February 2016, but next year it will be different. Season four of House of Cards will launch directly into the real-life primary season of the US Presidential race. 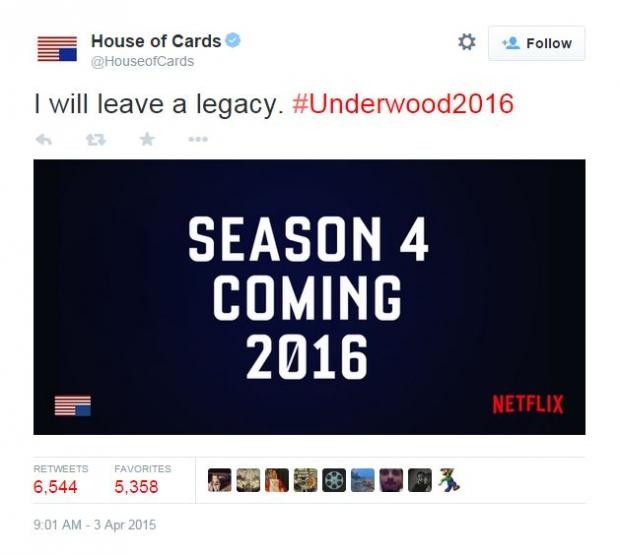