Samsung has launched its Galaxy S6 and Galaxy S6 edge smartphones, but its fellow South Korean rival has been hiding in the shadows with its forthcoming G4 smartphone. 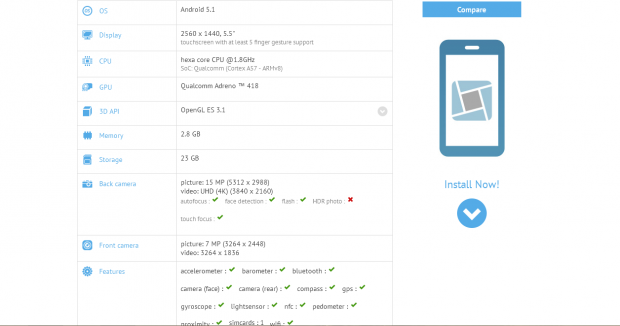 We're beginning to hear more about the G4, which should feature the Snapdragon 808 processor instead of the Snapdragon 810 according to some leaked Geekbench results. The G4 should rock a 5.5-inch 2560x1440 display, 3GB of RAM, a 4K-capable rear-facing 15-megapixel camera, with a 7-megapixel front-facing camera.

The big news is here is the change from the Snapdragon 810 from previous rumors, to the 8-core Snapdragon 808 processor. This should be partnered up with Qualcomm's Adreno 418 GPU.