ASUS is beginning to tease a sure-to-be record-breaking GeForce GTX Matrix Gold Edition video card, where the company wants you to guess "how fast" you think it's going to be. 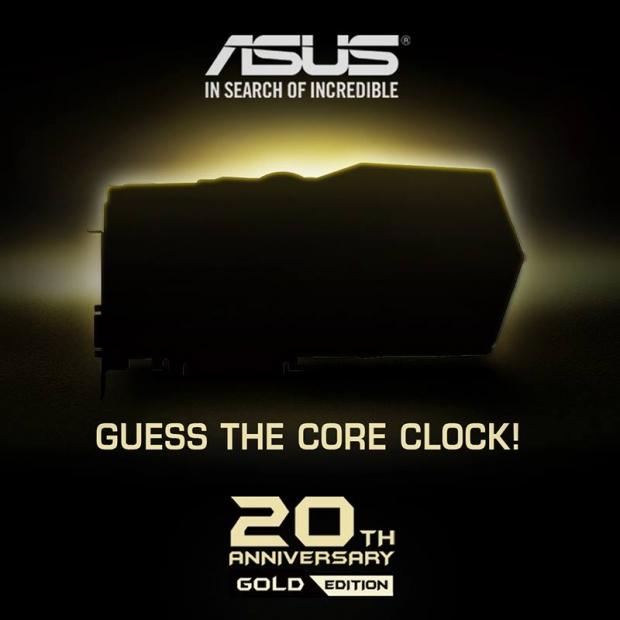 The company uses the reference GTX 980 and Matrix Platinum GTX 980 as examples, with the stock GTX 980 clocking in at 1126MHz while the Matrix Platinum cranks that up to 1342MHz. For ASUS to be bragging about this, we would have to guess and opt for 1500MHz. We should expect to be introduced to the new 20th anniversary Gold Edition card in the near future.