GTC 2015 - NVIDIA has just started providing many more details on its next generation GPU architecture, known as Pascal. Pascal is going to be a giant leap from Maxwell, where it will be "10x faster than Maxwell" according to co-founder and CEO of NVIDIA, Jen-Hsun Huang. 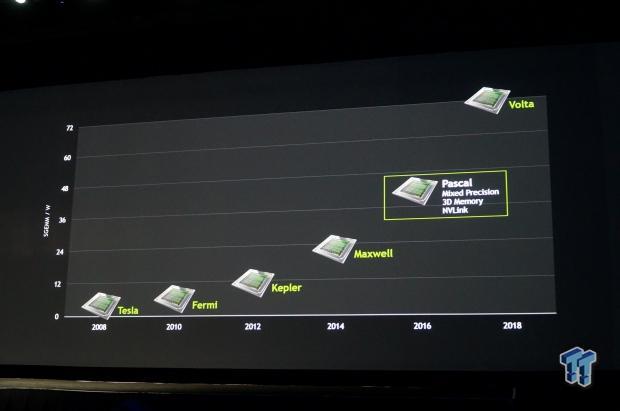 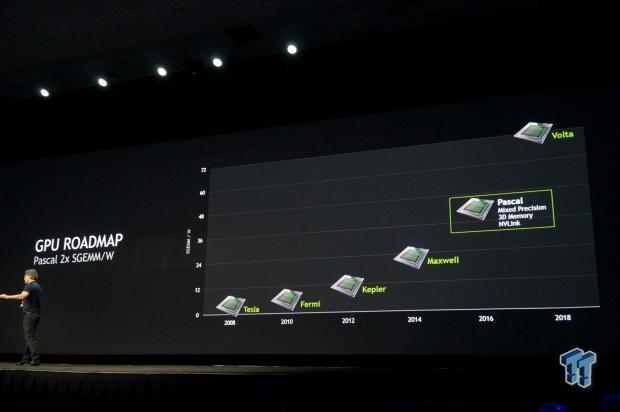 Pascal will feature NVLink and 3D Memory which will provide some impressive performance and bandwidth, where we can expect 3x the memory bandwidth of Maxwell, which is quite the leak. On top of that, we have 400% more mixed precision, but the Pascal architecture itself is a huge leap for NVIDIA, even compared to the already impressive Maxwell architecture. 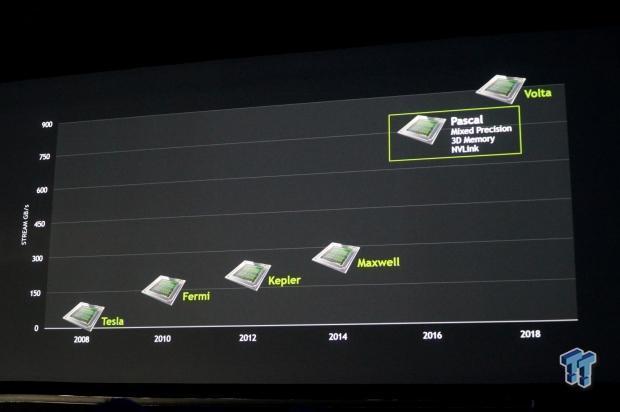 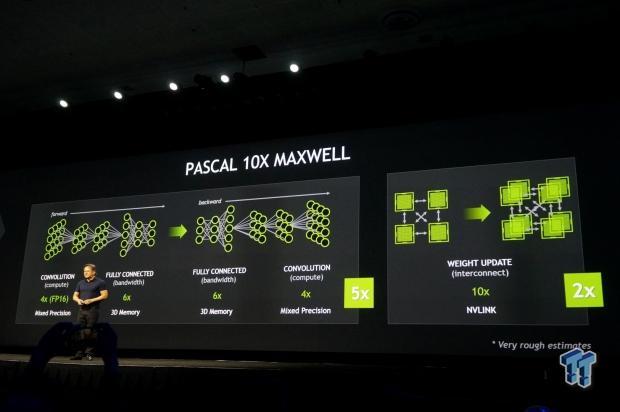 We have NVLink which has 5x the bandwidth of PCI Express, which is quite the jump in terms of available bandwidth. NVLink will provide the ability of having 8 GPUs, up from the 4-way limit of SLI right now.