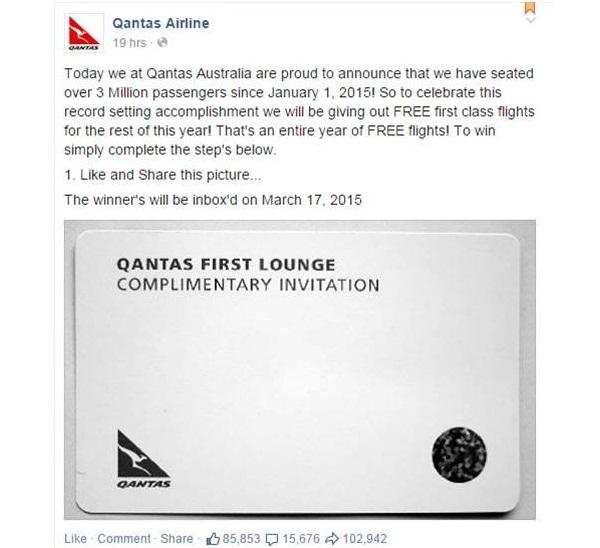 Reportedly over 100,000 people have already fallen victim to this scam, seeing first-class air travel promised to users in return for liking and sharing image on their wall, gathering an additional 80,000 likes on the Facebook page itself.

In reality your reward is absolutely nothing - we've seen these 'like and share' competitions happen quite often in the past, promising prizes ranging from holidays to iPhone's.

Qantas has refuted this competition, claiming "we're aware of this fake Facebook account. It is a scam and has nothing to do with Qantas. Facebook has been advised and are currently investigating," adding that "our campaigns are always run from our authenticated Facebook page (identified by its authorized blue tick) or through the official Qantas website."

The claimed goal for this Facebook page is to reach enough exposure and real-person likes that it can start then promoting fake products and services unbeknownst to the previous 'likers'.