Battlefield Hardline launches on March 17 for the Xbox 360, Xbox One, PS3, PS4 and PC but we're just hearing about what resolution it will be rendered at on the Xbox One and PS4.

The Xbox One version of Battlefield Hardline will run at 720p, while the PS4 version will run at 900p, according to Visceral Games and their recent tweet. The PC version will be able to play at 1080p, 1440p, 4K and beyond - but you didn't expect anything less, did you? "Next-gen" consoles and we're seeing games in 2015 run at 720p, resolutions that PC gamers used in the 90s. 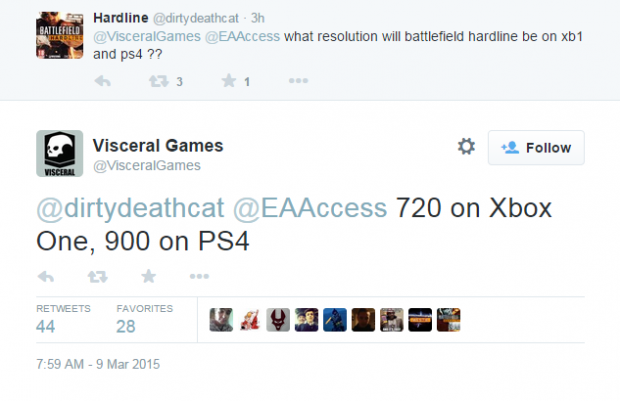