Ahead of Mobile World Congress 2015 that kicks off next week, Sony has outed its Xperia Z4 Tablet. Sony announced the news on its official Xperia Lounge application, but as you probably expected, the company was quick to pull it. 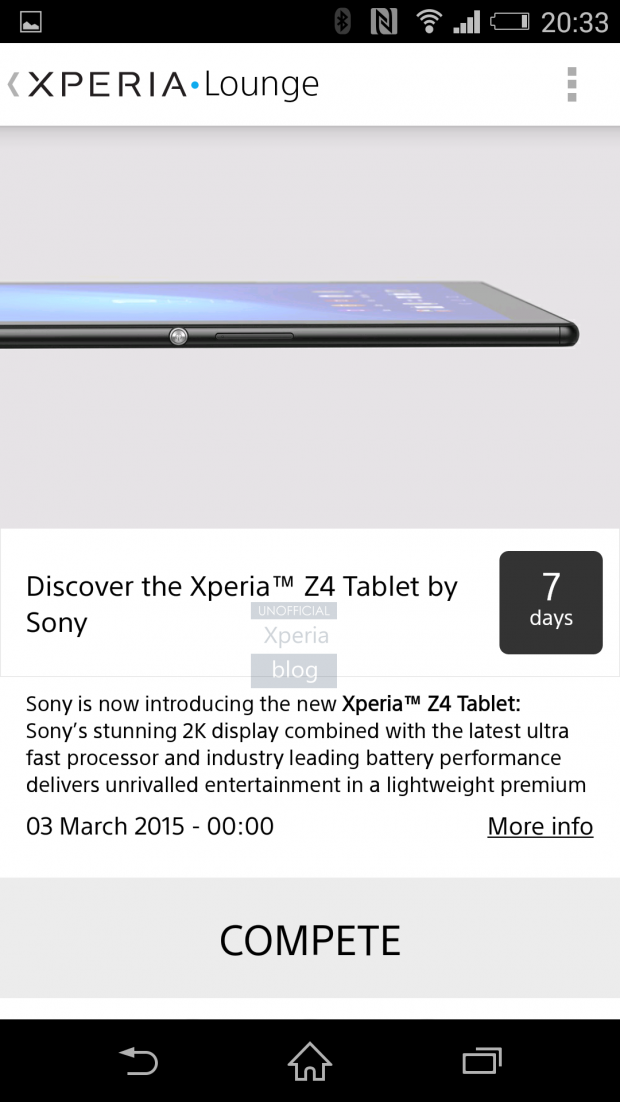 MWC 2015 starts next week, where we're sure we'll hear all about Sony's new Xperia Z4 Tablet.