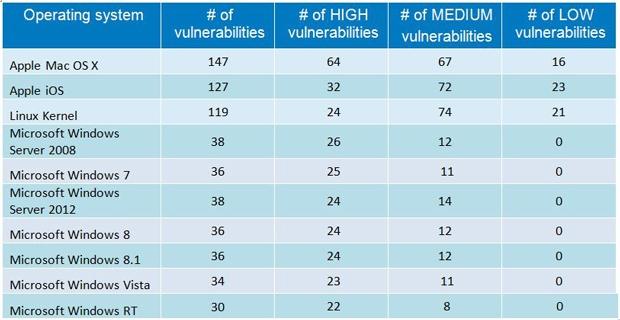 Over the course of 2014, there were 7038 new security vulnerabilities, up from the 4794 found in 2013. Out of those 7038 vulnerabilities, just 24% of them were deemed 'high risk'. GDI's Christian Florian explains: "2014 was a tough year for Linux users from a security point of view, coupled with the fact that some of the most important security issues of the year were reported for applications that usually run on Linux systems. Heartbleed, for example, is a critical security vulnerability detected in OpenSSL while Shellshock is a vulnerability that affects GNU Bash".

Now this is where it gets tricky, as GDI's numbers seem to throw all versions of MacOS X into a single "MacOS X" entry. Compare this to the separate entries for Windows 7, Windows 8, Windows 8.1 and so on, the number of vulnerabilities found in Windows operating systems would be higher than MacOS X. But the iOS vulnerabilities is something we should be looking at, very closely. 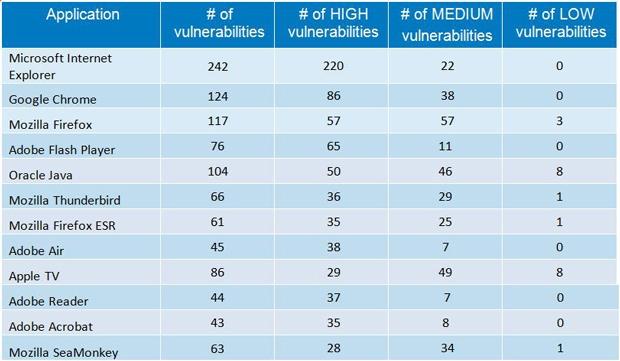 Next up, we have application vulnerabilities, where Internet Explorer takes the lead with 242 vulnerabilities. Google Chrome comes in second with 124, while Mozilla Firefox takes third place with 117. Adobe Flash Player, surprisingly, has just 76 vulnerabilities.