The Ukrainian military wants to use drones in its intensifying military battle against pro-Russian separatists, but has not received much support from NATO countries. Poland will help provide FlyEye mini-UAVs, and current efforts underway rely on private groups to help try to fill the void. 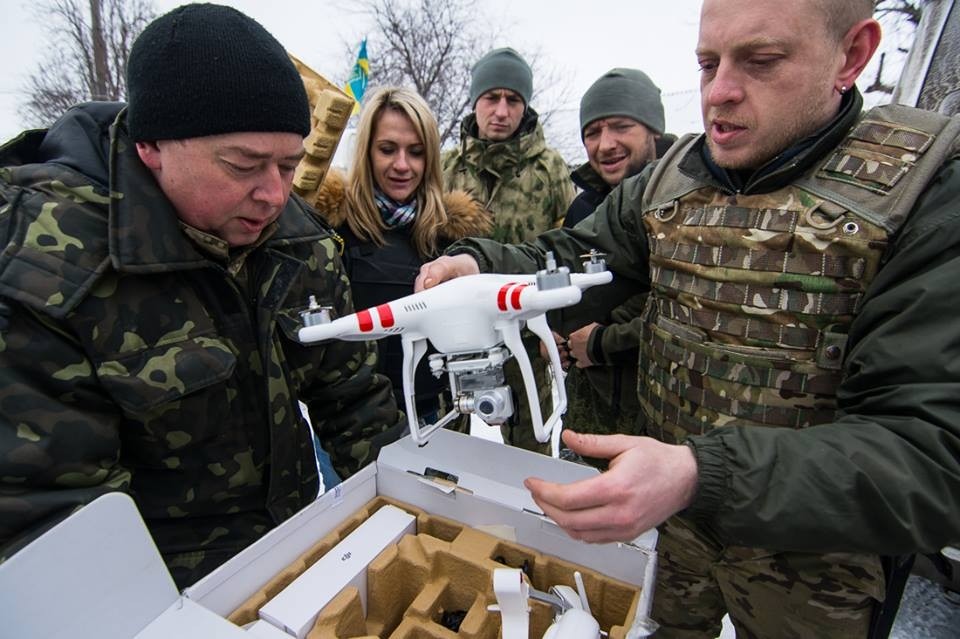 The Ukrainian government has asked foreign governments for access to drones, but hasn't found many willing participants. The Chicago Automaidan, a pro-Ukrainian group, is now sending Phantom 2 drones for the Ukrainian military to use - which could be used to spy on pro-Russian rebels or aid Ukrainian checkpoints.

"Members of the military unit 3002 Ukraine Lviv National Guard would like to thank Chicago Automaidan," as the group continues to supply drones and other military equipment. "We are very grateful to Ukrainians from around the world who are doing everything for our victory."