Not long ago, we shared with you this highly-priced 'directional audio Ethernet cable' - poised to set users back $10,000 from retailers and a sure-fire way to broadcast to the world that you have a lot of money, but not a lot of sense. Well it seems Sony has jumped on the audiophile bandwagon yet again, releasing their Micro SD card tailored "for Premium Sound." 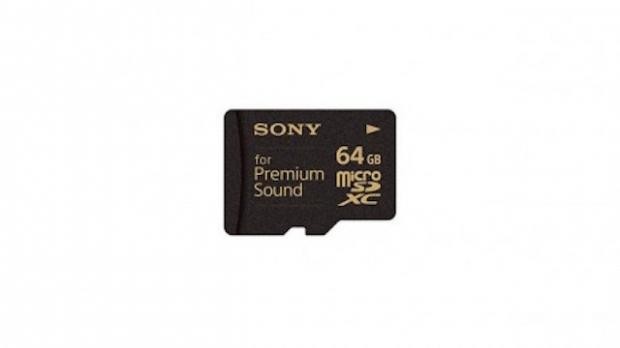 This 64GB card will cost users $160 and is positioned at around five times the cost of a 'regular' 64GB option. According to Sony, this card will produce less electrical noise - therefore increasing your audio experience. A spokeswoman has even admitted that Sony has no idea if this thing will even move units, stating "we aren't that sure about the product's potential demand, but we thought some among people who are committed to great sound quality would want it."