Allowing users to play Android games, run Android apps, browse the internet and watch Netflix,the ZRRO Box sets out to be a new-age console, telling Razer that "We'll Take It From Here" - as seen in their release headline.

Set out to turn your TV into somewhat of a "huge tablet," the ZRRO Pad will track and mirror your fingers' 3D position onto your TV, meaning you hover your finger over the pad to move your position and press the screen itself to select. You can also pinch, swipe and drag - just like other portable devices.

Along with the advanced controller, the package comes complete with the ZRRO BOX, which is the console itself - offering support for up to 4K resolution, with 2GB of DDR3 RAM, a quad-core processor and 16GB of internal storage.

As with almost-all Kickstarter campaigns, there is a myriad of different donation options available. An investment of $149 will see you receive the early-bird basic console package, including console itself and one controller. Bumping it up to $179 grants you a handy carry case on-top. Once the early bird deals have been exhausted, the general console pack will set you back $199. 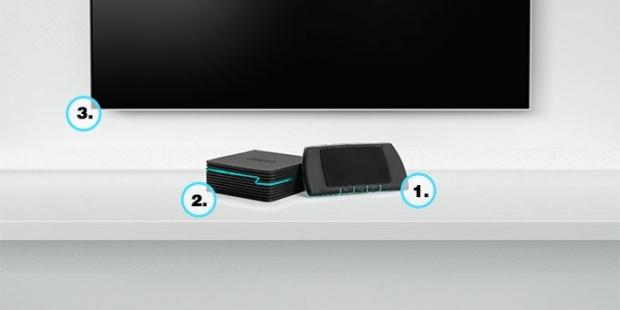