AMD must be so close to unveiling its next-generation range of GPUs, but the latest information on the Radeon R9 390X has it rocking an all-in-one (AIO) liquid cooler made by Cooler Master. 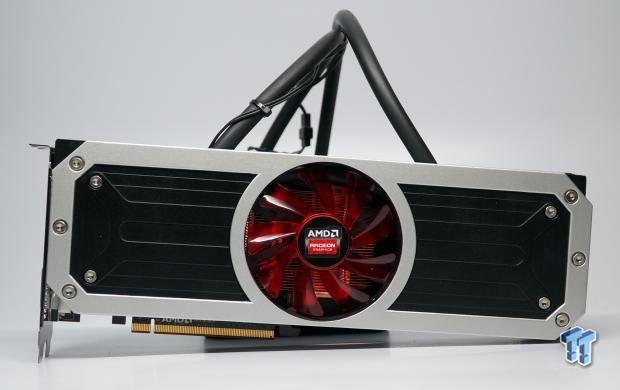 Cutting to the chase, AMD will reportedly ship its reference Radeon R9 390X with an AIO cooler but AIB partners like SAPPHIRE, XFX and so forth will ship their own coolers. WCCFTech is now reporting that the new Radeon 300 series, and more specifically the flagship Radeon R9 390X will launch in "four to six weeks", which should see it released in late March, or early April.

AMD has said that it's working on something "crazy" for the Game Developers Conference (GDC) 2015, which kicks off in early March. This new information could be true, with AMD showing off its new GPU at GDC 2015, which is incredibly exciting.

We've previously reported that AMD would release its Radeon R9 390X with an AIO cooler from Asetek, just like it did with the Radeon R9 295X2, but this new information has Cooler Master providing the AIO cooler. Asetek had a recent order from an "undisclosed OEM" for a desktop video card that would ship in the first half of 2015, with the end product resulting in $2 million to $4 million in revenue for Asetek.

This would result in around 50,000 to 100,000 units, where soon after this, the information leaked on Asetek providing the AIO cooler for AMD. After a couple of months passed, we saw AMD re-release its FX-9590 processor with a Cooler Master liquid cooling unit, which replaced the previous unit that was made by Asetek. Cooler Master reportedly licensed the design of the cooler from Asetek, which should be a big hint at what is going on here.