We don't normally see a behind the scenes look at the hardware powering a gigantic event like the Super Bowl, but we now know what powered the show. This year's Super Bowl half-time show was powered by MAINGEAR, with a system that packed quite a punch in the performance department. 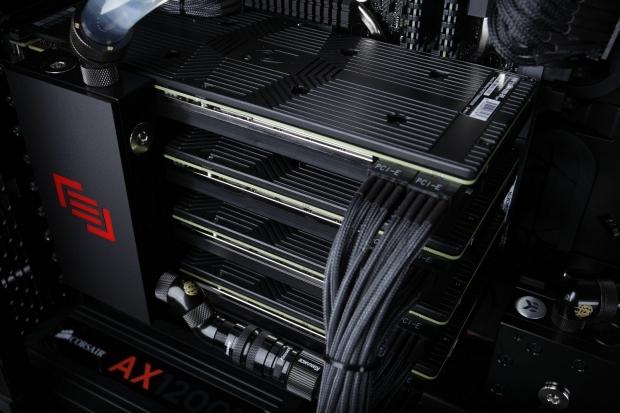 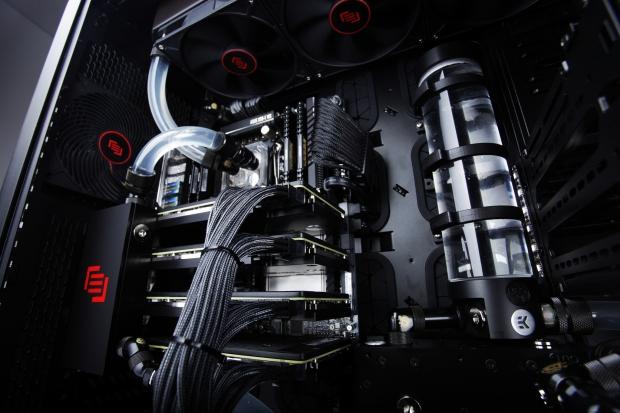 According to 'Bulwerk' on the Octane forums, they needed to render animation at a huge 3780x3024, which requires a serious amount of number crunching power. So they asked MAINGEAR to construct an insane PC that featured four NVIDIA GeForce GTX Titan Z GPUs, which were all liquid cooled using EK Water Block products. 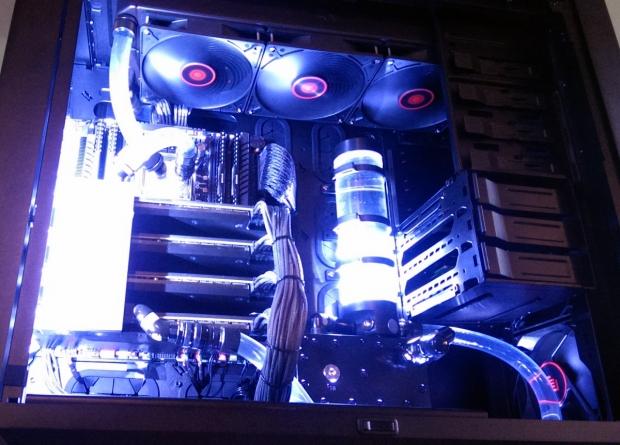 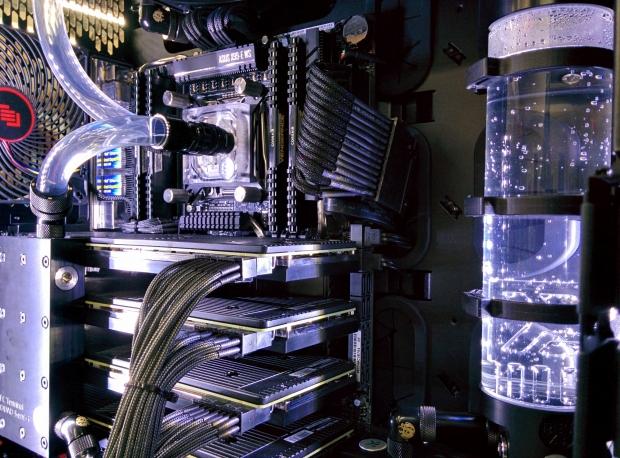