Feeling a little bored up there in first-class? Major Australian airline Qantas will now be utilizing the help of the Samsung Gear VR with an accompanied Galaxy Note 4 to see their first-class customers further enjoy their experience.

The Gear VR device will be connected to a Qantas app on the Note 4, allowing passengers to get a 360-degree look into the Qantas first-class lounge in LAX, runway-side videos of the aircraft taking off and setting down and a virtual reality boat ride on a Northern Territory river - set as a cross promotion with Tourism NT.

Should this pilot go well, there's no saying where this will stop - however its unlikely that economy class passengers will gain this experience until the technology has reached a much cheaper level. 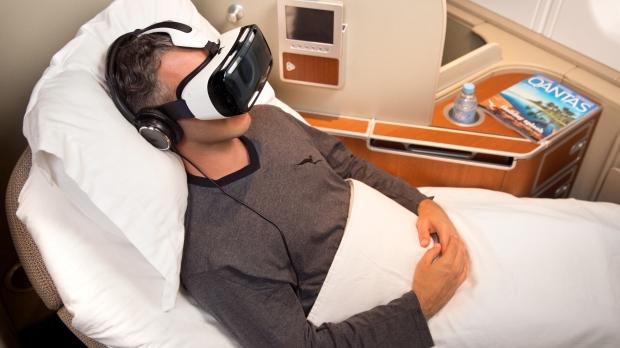