It looks like Apple could eventually turn the iPhone, or at least an iPhone-like device into a full fledged mobile gaming powerhouse with its latest patent. 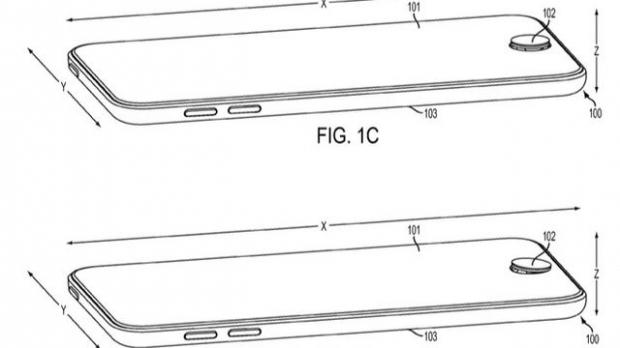 The Cupertino-based iGiant has patented a design for an iPhone that would feature a pop-out joypad, something that Forbes found with a filing date of 2014, and published last week. This new patent teased a "multi-function input device" that would allow gamers to overcome the "shortcomings" of touchscreen games, which interfere "with the user's ability to see what he is controlling and/or other portions of the game display".

The patent goes on to say that it would feature a built-in controller that is enabled through a spring mechanism, something that would be very useful for games that feature tactile feedback. The application states "Some gamers hold the opinion that realistic game play cannot be fully experienced without joysticks and/or tactile buttons".