Netflix has posted its revenue for both the quarter just passed, and the full 12 months of 2014. The streaming giant thrashed expectations, which had them pegged at $0.45 per share, but Netflix posted $1.35 per share over revenues of $1.48 billion and profits of $83.4 million. 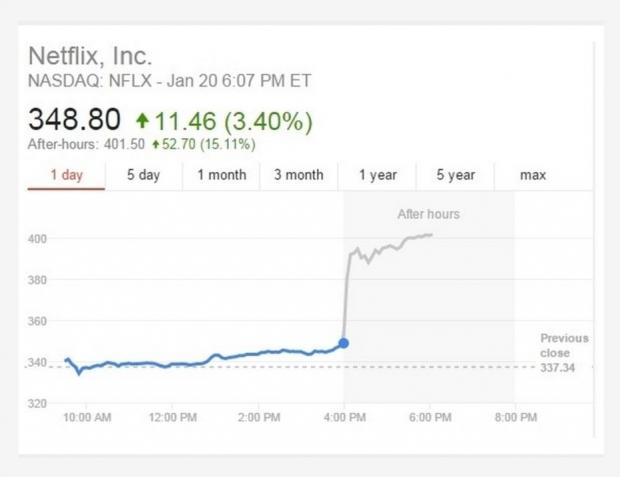 This has helped the company post its biggest quarter ever, and is a reason why investors love the company so much - continuous, and close to unstoppable growth.