According to posts on both MMO Champion and the Battle.net forums, serious veteran World of Warcraft gamers are receiving a "tenth anniversary physical gift" from Blizzard. 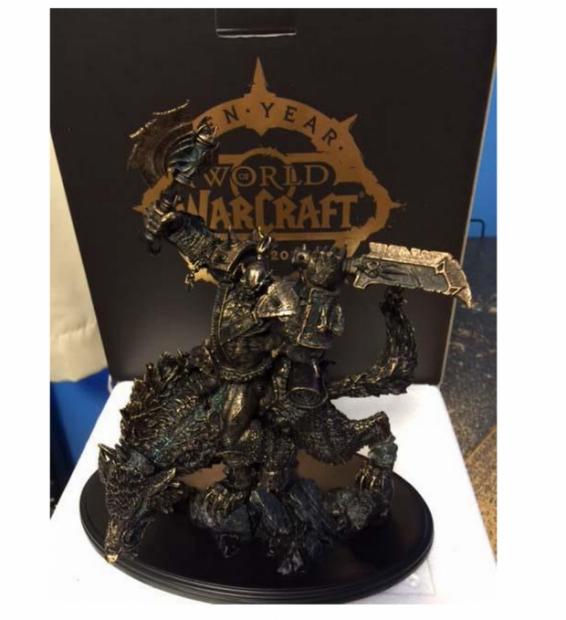 Just who is receiving this physical gift? In order "to be eligible for this gift, a player must have created a World of Warcraft account within 60 days of the game's release in America or Europe" which falls between November 23, 2004 and February 11, 2005 according to the post on MMO Champion.

Over on the Battle.net forums 'Smitti' posted a picture of the physical gift, which is a small scale version of the orc statue that was erected on Blizzard's campus.