Quadcopters are starting to hit the mainstream market in force, thanks to their recently lowered pricing, ease of flying for beginners and various camera opportunities including GoPro recording or First Person View (FPV) flying - as seen below mounted on normal two-winged, one propeller R/C aircraft.

The Civil Aviation Safety Authority (CASA) has issued a warning this holiday season, stating on their Twitter that pilots should be aware that they must "remember to keep 30m away from vehicles, buildings & people." This comes after a Melbourne man ended up crashing his drone in the middle of a police operation and almost taking down an officer with it.

Little-known to most, if you're looking to use a quadcopter for commercial filming purposes, you must actually obtain an official license - with only a handful of people holding these nation-wide, so I'm told.

If you want to read up on the CASA rule-book, you can do so via their official website. 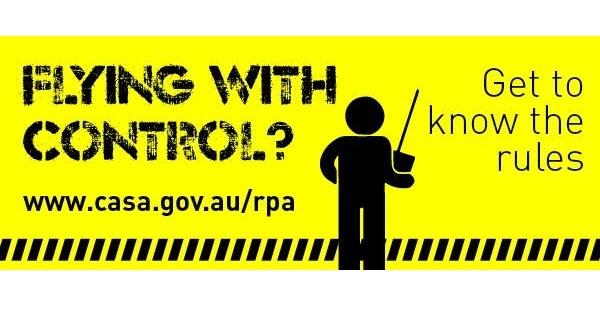