Google may be pumping out Android 5.0 Lollipop, but Apple has been working on iOS 9 for a while now, and it looks like we could see Apple's next mobile OS unveiled at its WWDC 2015 event. 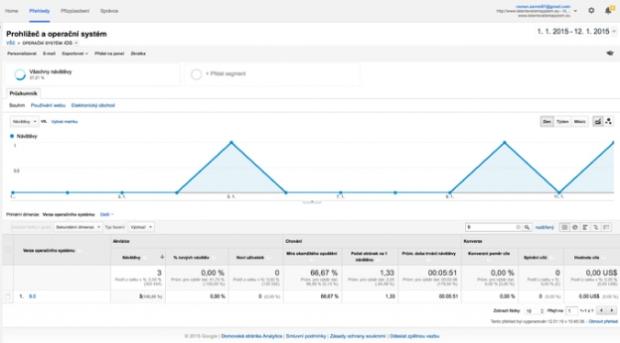 It looks like Czech language online site letemsvetemapplem says it has proof that iOS 9 is out in the wild, as they've seen Apple's new OS in its analytics. The screenshot above shows that iOS 9-powered devices have accessed the site at least three times since January 1, 2015. These would be very early builds of the operating system, since WWDC 2015 doesn't kick off until the middle of the year.