The Call of Duty $1 million 2015 Championship information has just been released, following their massive success during 2014.

Advanced Warfare is the platform this year, seeing the finals held in Los Angeles over March 27-29. This year's tournament is sponsored by Microsoft and Xbox One, alongside the popular tournament and event conductor, MLG.

The online qualifiers will be run on Xbox One consoles, seeing the finals streamed live over Xbox Live and 'other networks' - likely involving Twitch TV, Azubu and YouTube streaming platforms.

Sledgehammer Games' co-founder, Glen Schofield, stated that "We developed Advanced Warfare with the competitive community in mind, and we can't wait for the top talent from around the world to compete in the Call of Duty Championships." This is backed up by Activision themselves who claim that they want to use this tournament as a platform to "boost eSports to new heights."

This claim by Activision is a very controversial one, with many hardcore-PC eSports enthusiasts and followers constantly and consistently claiming that console competitive gaming isn't a 'real' eSport, further commenting that only PC gaming should be considered.

Can the CoD Champs 2015 event live up to the hype of Valve's 2014 'The International', $10 million PC Dota2 tournament? There's no doubt that the console market is absolutely gigantic, so we will have to wait and see. 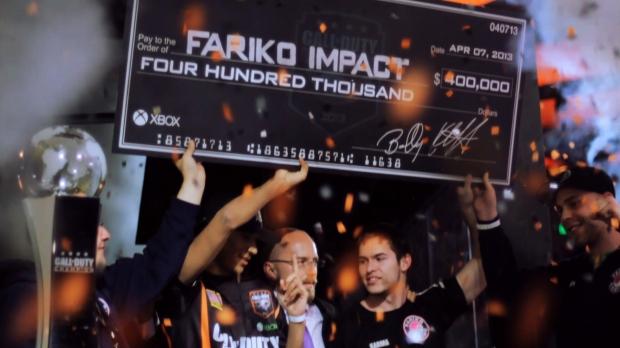