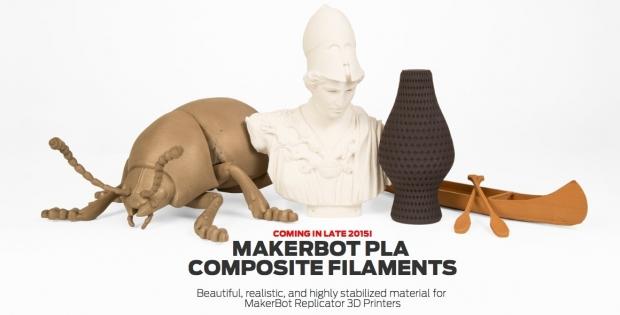 "We know there is a lot of hype around 3D printing," noted Jenny Lawton, CEO of MakerBot. "We also know that 3D printing is not plug-and-play. It can be challenging and that is why a major emphasis is on creating a MakerBot 3D Ecosystem that helps make 3D printing easier and more accessible. At CES, we want to ground the hype and showcase how educators, businesses and real users have incorporated MakerBot 3D printing into their daily work and lives."

Some may think it's a rather curious decision not to promote new products, but MakerBot is known as one of the leading 3D printing companies - and helping spur new interest in the surging market, rather than produce numerous announcements, could help later in 2015.