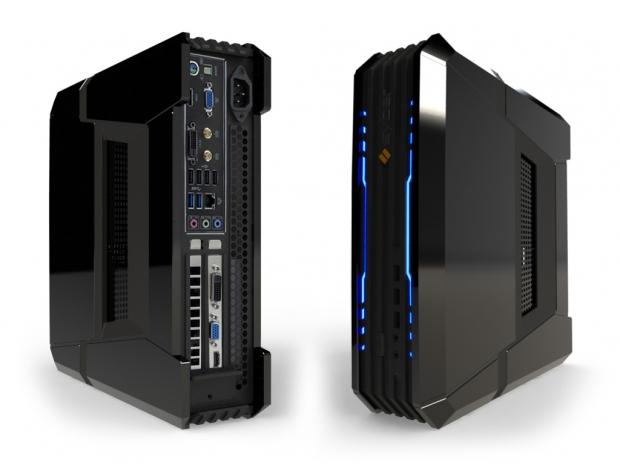 Soon-to-be-released Steam machines will run SteamOS, based on the Ubuntu Linux platform produced by Valve themselves - enabling gamers to play games only with Linux support and downloaded directly through SteamOS. Syber have set out to jump the gun, releasing their Steambox system before their competition by adding Windows 8.1 into the mix and launching games in Steam's Big Picture Mode.

What is the point of these products? Eric Cheung, CyberPowerPC's CEO commented in their latest press release, "for gamers who want to break out of the bedroom and into the comfort of the living room, the Syber Vapor PC gaming console series offers the best performance at an affordable price," followed by a statement from their VP of Product, Eddie Vong, who commented "we created the Syber Vapor PC gaming console to give gamers more power and more customization than the standard video game consoles like Sony PlayStation, Nintendo Wii and Microsoft Xbox." 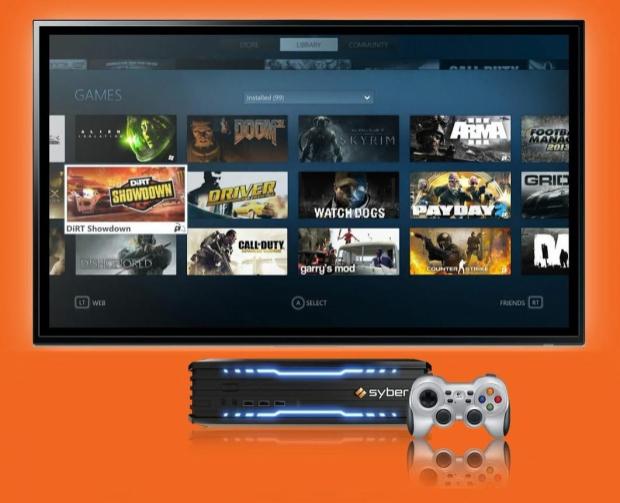 Three models of this system have been made available as of today, seeing a starting price set at $549 for the Syber Vapor E - featuring a quad-core AMD X4-740 processor coupled with NVIDIA GeForce GTX 750 graphics.

Working further up the line is their Syber Vapor P system, running on an Intel G3258 3.2GHz processor with an AMD Radeon R9 270X video card coming in at $649. This is followed finally by their Vapor K which is a powerhouse of Intel and NVIDIA, utilizing a Core i5-4690K paired with the GTX 970, claimed to set you back $1,099 in total.

There are more Syber gaming PC consoles set for release in 2015 as hinted in their latest press release, covering both AMD and Intel platforms.