CES 2015 - After their 2012 launch in Asia, Nuu Mobile have been trying to break into the smartphone market by providing affordable unlocked Android smartphone offerings. In their latest press release, they've announced a release of their two new smartphones, the NU3S and XI, into the US market. 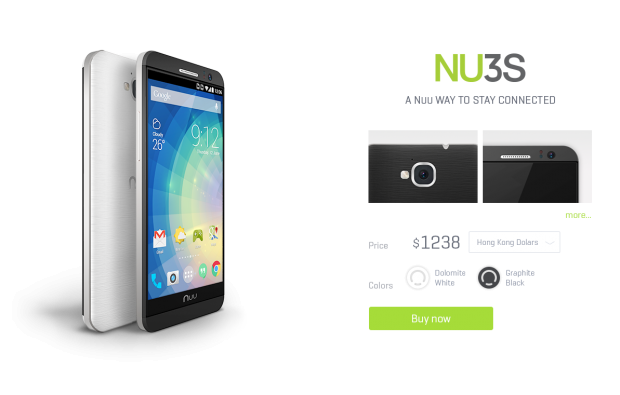 Being released for $179.99, their NU3S includes the following features:

This is followed by their higher-graded X1 model which will be released for $249.99 and include:

Danny Sit is Nuu Mobile's General Manager, who in their recent press release commented "after the level of success we've had in Asia and Europe, we felt it was the perfect time to release our new unlocked smartphone lineup in the United States. Our phones are built with high-quality specifications and will give American customers the freedom to choose their carrier without being tied to a contract."