CES 2015 - Our first press conference of the Consumer Electronics Show 2015 here in the awesome but cold Las Vegas was with NVIDIA, where the company showed off its latest Tegra X1 mobile processor. The company is calling this the "first mobile superchip" and it really, really is. 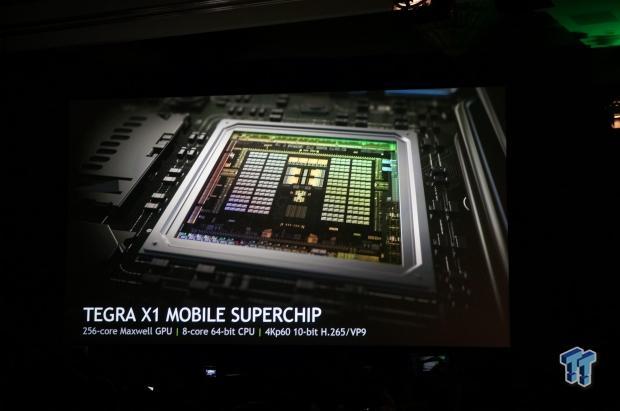 The Tegra X1 is based off NVIDIA's more than impressive Maxwell architecture, the same silicon that powers the desktop GPUs in the form of the GeForce GTX 970 and GTX 980 cards. We have 256 Maxwell GPU cores, and an 8-core 64-bit capable CPU, too. This is all capable of pushing out an insane 4K at 60FPS with 10-bit H.265/VP9. 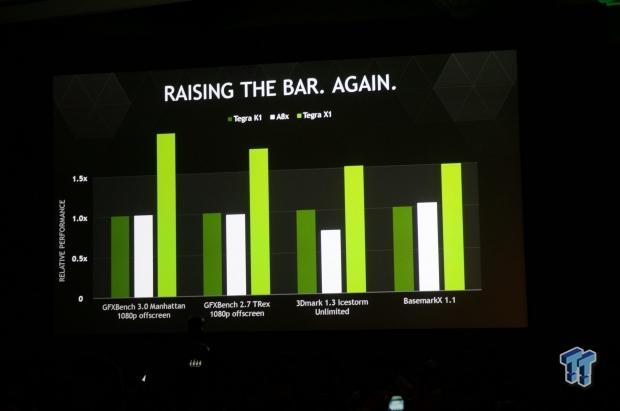 When it comes to performance, the Tegra X1 is killing it with NVIDIA's own benchmark slides. 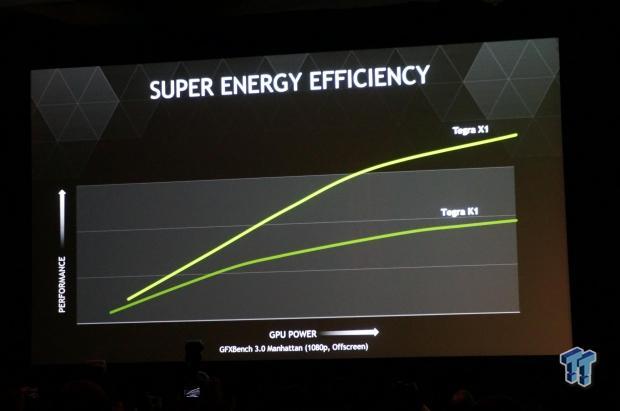 Energy efficiency is something Maxwell does well, with Tegra X1 using much more power than the Tegra K1, so we'll have to wait and see if the performance is worth the power trade off.