CES 2015 - When LG released the G Flex, it was in a market where there was nothing quite like it, but it didn't ignite the world of smartphones like the company thought it would. Well, LG is back with the G Flex 2 at CES 2015. 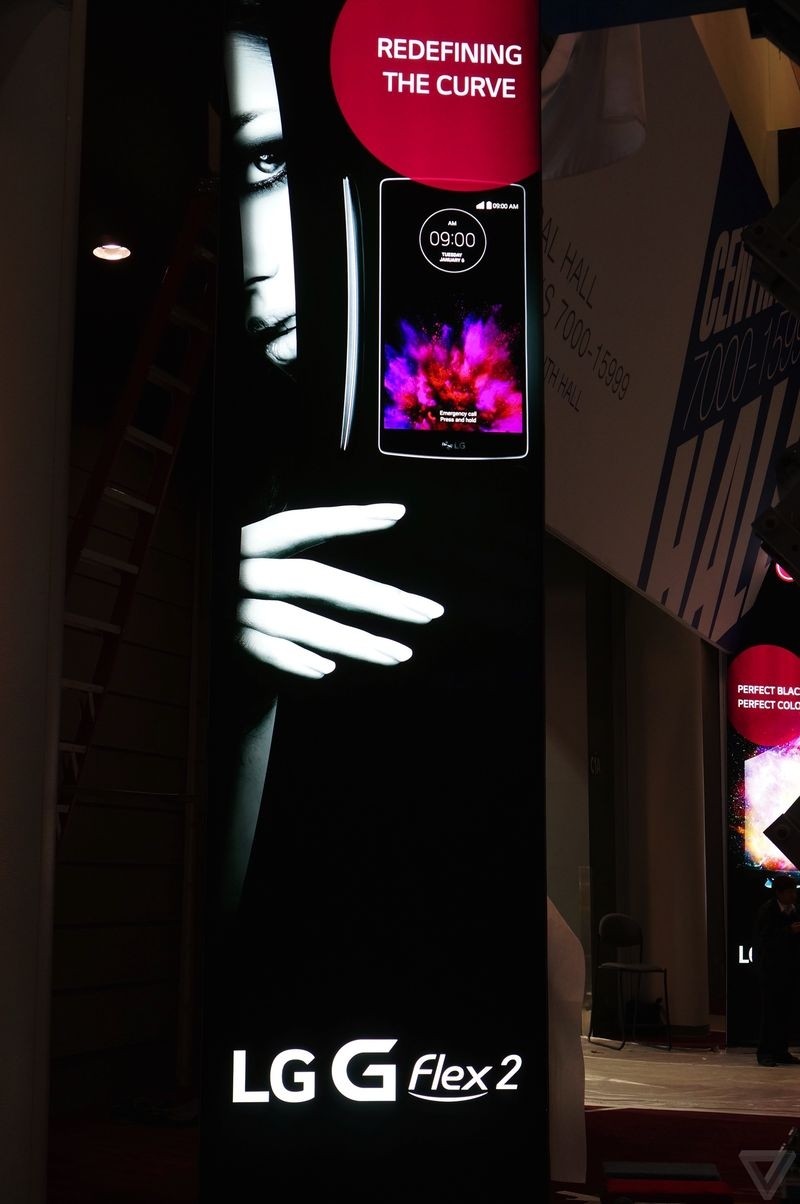 The Verge has spotted the G Flex 2 at CES 2015, with LG teasing it is 'redefining the curve'. The original G Flex shipped with a 720p display, but the G Flex 2 should feature a 1080p display, but we shouldn't expect a qHD or 2560x1440 panel just yet. The updated G Flex should sport a Qualcomm Snapdragon 810 processor, which will deliver 8 cores for power users.