Ubisoft only delayed the patch yesterday, but the company has announced that the forthcoming patch for the still broken Assassin's Creed: Unity weighs in at a huge 6.7GB. 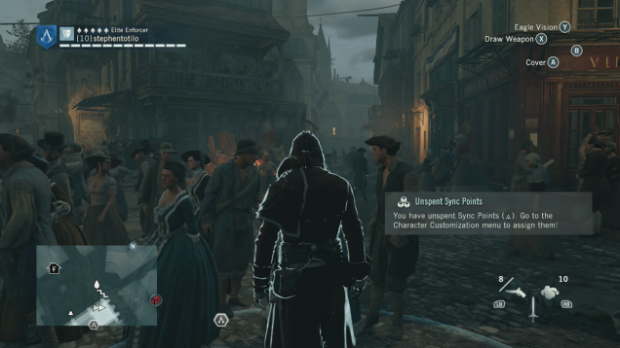 The massive patch is currently being pushed out to Xbox One and PS4 users, while the PC version of the patch is coming soon. Ubisoft has explained the patch on the website for Assassin's Creed as "Part of the team's effort to enhance frame rate for players involves replacing and updating portions of the Paris city map where we are seeing issues. This explains the large size of this title update (6.7 GB). However, since a large portion of the patch replaces existing files the net increase to the game's overall size will be less than 6.7 GB."

So the developer is trying to say that they've replaced large chunks of the map where there are various performance issues, which to me, would mean the game is broken? It's not a patch that fixes various problems, but replacing physical parts of the map to help performance? What the hell happened, Ubisoft? The patch notes are quite large, but you can check them out here.