In regular fashion, Razer have announced yet another product that we can barely pronounce - a professional grade microphone named the Seirēn. As just published on CEO Min-Liang Tan's Facebook page, this product is quoted to have been designed by working "closely with some of the top streamers and Youtubers". 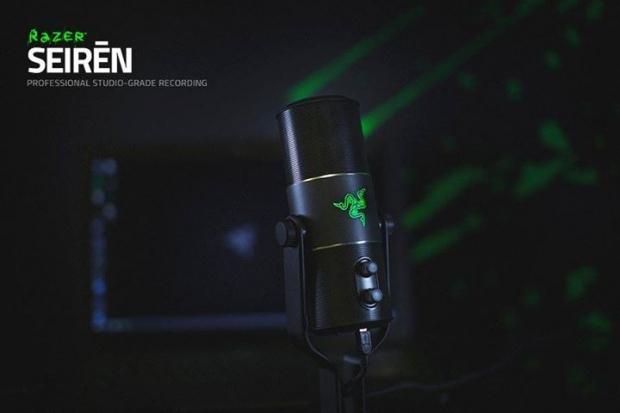 This news comes linked with Razer's announcement of sponsorship for upcoming streamers and YouTube personalities in a bid to add to their already large list including hits such as PewDiePie and Swifty.

If you're a regular watcher of Razer sponsored streamers, it's likely you've already heard the Seirēn. It's claimed that this device has been used by sponsored streamers over the past few months - reportedly being hid behind a black card to hide it's identity.

Featuring input via USB, the Razer landing page claims that this product will provide you with "The recording capabilities of a professional-grade studio setup all in a single plug and play device". Standing on an aluminium base, this microphone reduces the need for an external stand purchase.

As for specifics, the Seirēn features a recording resolution of 192 kHz / 24-bit, running through three 14mm custom tuned condenser capsules.

This product is currently available for pre-order, listed at an RRP of $179.99 and will available for shipment from the 19th of December, 2014.