Apple is seeing a nice adoption rate on its latest version of iOS, with 63% of all iOS users now running iOS 8 according to the latest numbers from Apple's App Store support page for developers. 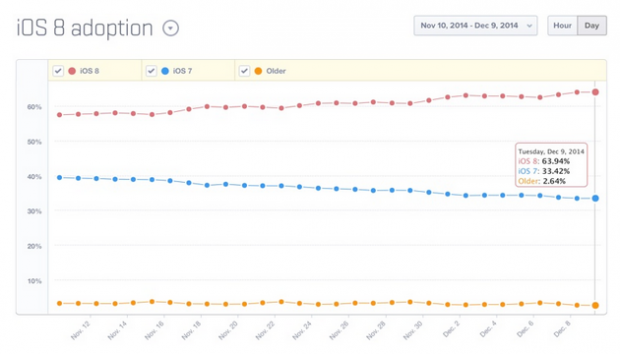 From last month alone, these numbers have increased by 7%, with installation numbers up 11% since just October 27. iOS 7 usage has dropped 43% in October, down to 33% on December 8. These adoption numbers are based on Apple's App Store usage, which are paired together from analytics service MixPanel.