The last time I remember hearing "HP" and "MacBook Air" in a sentence, was back in 2008 when the then CTO of HP's Global Gaming Business and founder of VoodooPC, Rahul Sood, used a MacBook Air to cut his birthday cake. Sood in that time moved onto Microsoft, and recently left the Redmond-based giant to form his own business Unikrn. Well, HP is taking another swipe at Apple's MacBook Air, this time with a new business-focused notebook. 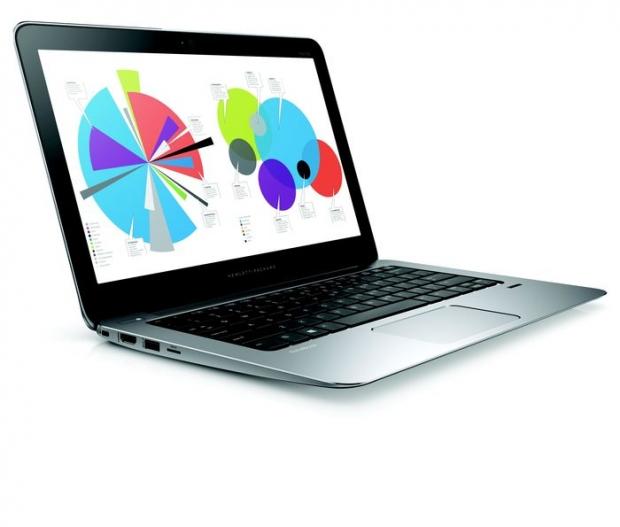 The EliteBook Folio 1020 is a Windows 8-based notebook that features a proprietary enterprise port and a fingerprint scanner for added security, with the company touting it can pass military-grade drop and shock tests. Inside of the EliteBook Folio 1020 we have 8GB of RAM, an SSD between 128GB and 512GB, and around 9 hours of battery life. Intel's new fanless Core M processor makes the cut, with HP offering up two models of its new notebook.

The first model is lighter than Apple's MacBook Air, with the Standard Edition being slightly heavier than the MBA, packing a 12.5-inch 1080p display, which is also upgradeable to a touchscreen. The lighter model, the Folio 1020 Special Edition, features a 12.5-inch QHD display, without a touchscreen option. There's a nice red accent on the hinge, which sweetens the deal. The Standard Edition will be made available next February, while the Special Edition will be made available in April 2015.