While Samsung might be taming down its smartphone offerings, there are still a few handsets in the pipeline that we'll be introduced to very soon, one of which is the Galaxy A7. 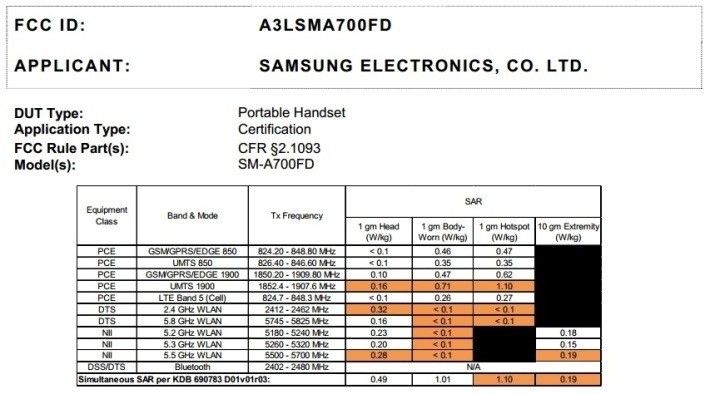 A recent filing over at the FCC is now hinting at the Galaxy A7, which should feature an all-metal unibody frame. We should also expect quad-band connectivity with Band 5 LTE, dual-band Wi-Fi, A-GPS, and NFC. Inside of the Galaxy A7, we should see the Snapdragon 615 processor, which is an 8-core 64-bit chip, Adreno 405 graphics, 2GB of RAM, and 16GB of NAND flash.

The Galaxy A7 should sport a 5.2-inch FUll HD display, 12-megapixel rear-facing camera and a 5-megapixel selfie snapper. When should we expect Samsung to take the wraps off of this smartphone? We could guess and say CES 2015 in January, but it might be pushed off for a few months yet.