Some unofficial benchmarks have surfaced on the alleged AMD Radeon R9 300 series GPU, something that is arriving as "Captain Jack" from the Pirate Islands family of products. 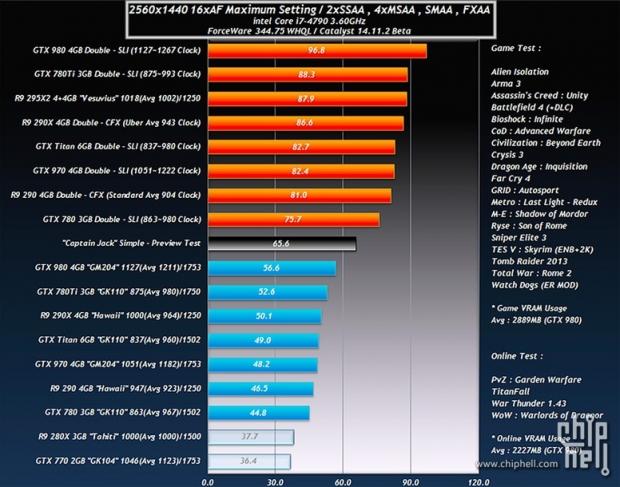 The GPU was benchmarked against a slew of other cards, on a bunch of different games. These games were all benchmarked, which provided a heavily-stacked average FPS, versing this mystery card against a bunch of other cards on the market. You can see in the image above, that the "Captain Jack" sample kicks some serious ass with 65.6FPS average, against the 50.1FPS average of the R9 290X and the 56.6FPS average of NVIDIA's GeForce GTX 980. 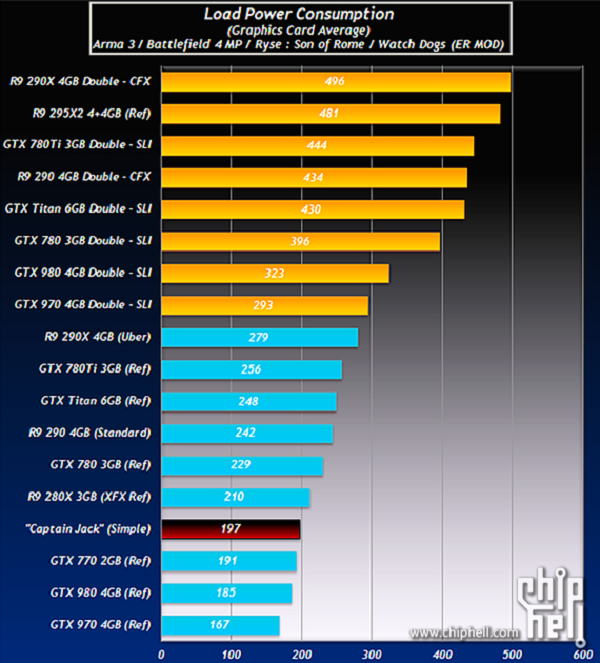 But these days, it's not all about brute performance, but performance-per-watt. The "Captain Jack" sample GPU is doing quite well here too, with load power consumption of an average of 197W. This is compared to the average power consumption of the GeForce GTX 980 pulling 185W, while the R9 290X pulls much more, at 279W. Whatever this card is, if it turns out to be true, AMD could really stomp back into the market with a card that goes toe-to-toe with the GeForce GTX 980, and some.