It looks like ASRock is about to unveil a true beast of a motherboard, in the form of the X99 WS-E/10G, which will feature no less than four Ethernet ports. Yes, four. 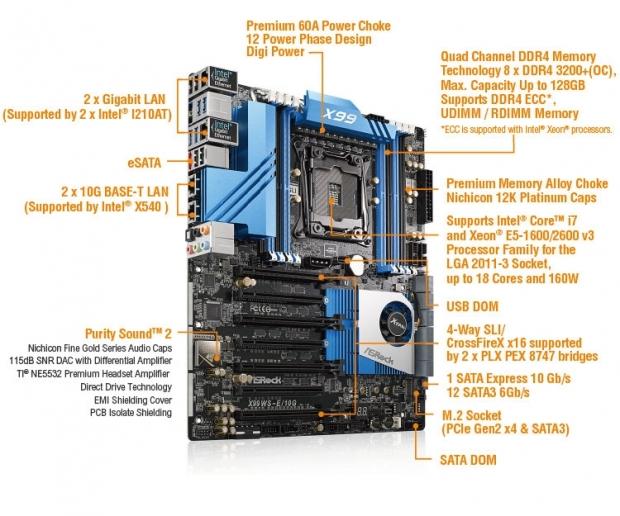 This will be the first time a consumer motherboard has shipped with four Ethernet ports, two of which are GbE (1Gbps) but the other two are 10GbE (10Gbps). All four Ethernet ports are Intel made, with the GbE ports being based on the Intel I210AT chip, while the two 10GbE ports are the X540-BT2 for some super-intensive, high-speed networking transfers. On top of that, all four of them can be bridged together for an absolutely insane amount of networking bandwidth, hitting 22Gbps. 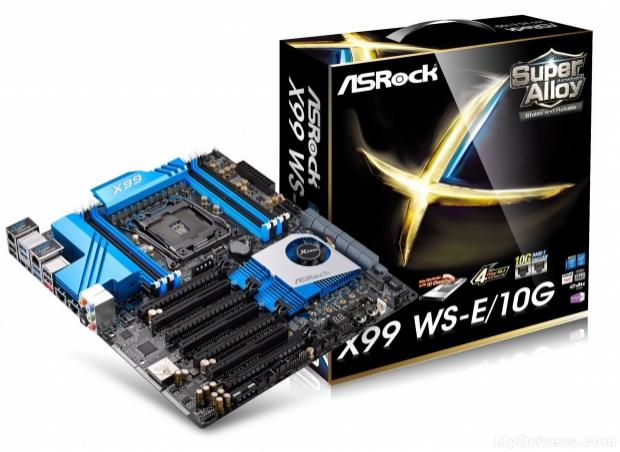 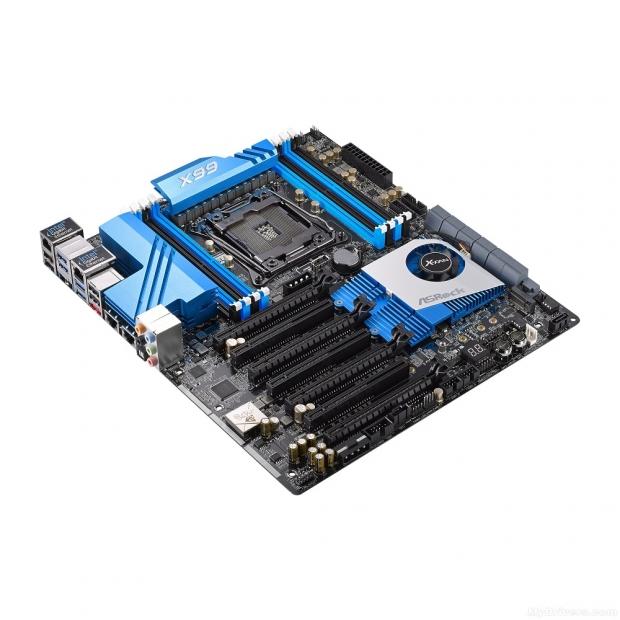