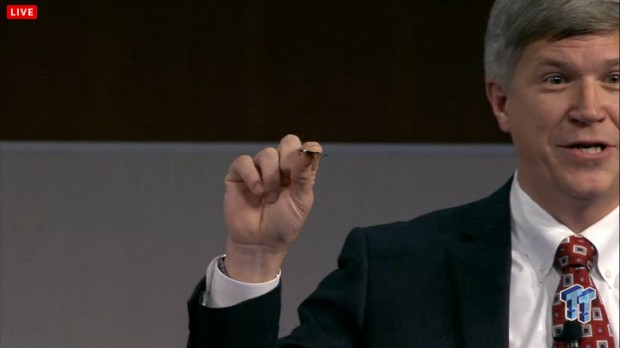 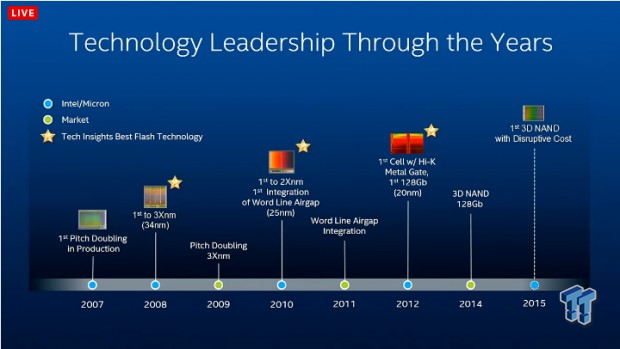 Intel stressed the disruptive nature of the new 3D structure. The company plans to release products in the second half of 2015 with the new flash and plans to use the technology to disrupt SSD prices. 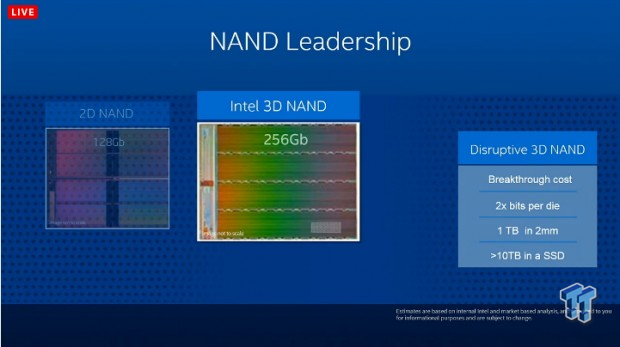 Intel did disclose the new 3D NAND will be 256Gb die density and use 32 layers with roughly 4 billion vertical pinholes. Three-bit per cell 3D NAND is also on the map at 384 Gb die density. The company clams 1TB of density in a 2mm stack. That will eventually lead to cost competitive 10+ TB SSDs in two years after release.