Apple and Samsung have had a contentious history, but business makes for strange bedfellows. Apple and Samsung curtailed their supplier agreements as they broadsided each other with full-on legal attacks over the last few years, but Samsung resumed supplying Apple earlier this year. This alliance has been fruitful for both participants as they continue to enjoy favorable operating profits. Samsung's 10 percent volume growth for NAND last quarter is likely due to Apple demand. This couldn't come at a better time for Samsung, whose own mobile unit is experiencing some turbulence. Apple continues its meteoric rise with record performance. 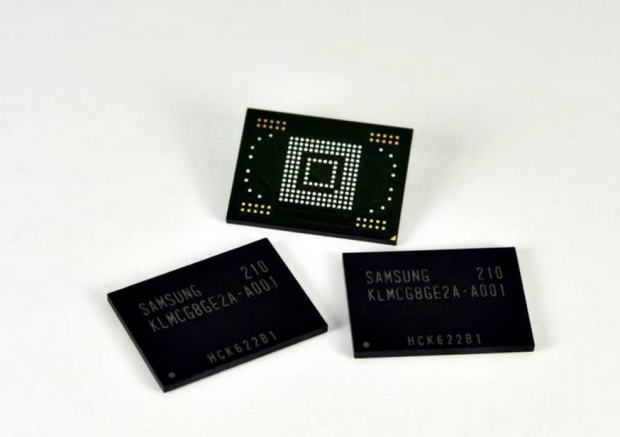 Much of Samsung's growth is spurred by increases in eMMC, eMCP, and SSD shipments. eMMC enjoys broad use in mobile applications, and Samsung is already transitioning to new UFS 2.0 (Universal Flash Storage) designs. These designs quadruple eMMC's performance, jumping from a top speed of 400MB/s with eMMC 5.0 to 1.45GB/s with UFS 2.0. UFS 2.0 allows for command queuing and simultaneous read/write operations, which lead to the big boost in performance. UFS 2.0 will provide enough throughput for next-gen cameras and multimedia applications.

Apple is likely including the new UFS 2.0 devices into their next generation of devices, and several NAND fabricators are also producing UFS 2.0 designs, which are slated to debut in 2015. Samsung has already announced their intention to leverage UFS 2.0 into new designs from their struggling smartphone unit.