Silicon Valley startup Knightscope has developed the five-foot-tall, 300-pound K5 robot designed to serve as security robots for businesses wanting a new twist on traditional security patrols. The robots are currently being tested by Knightscope and will launch at a Silicon Valley company that can detect movement and behavior - and report back to a security center. 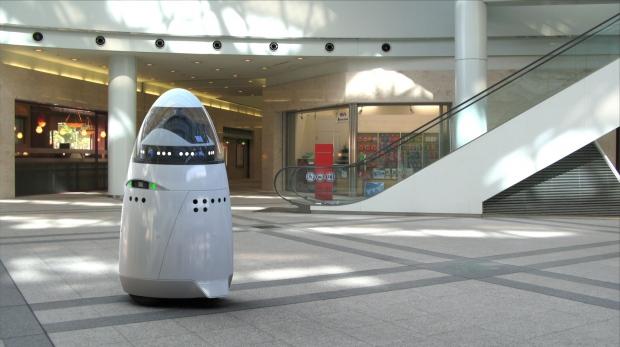 "This takes away the monotonous and sometimes dangerous work, and leaves the strategic work to law enforcement or private security, depending on the application," said Stacy Stephens, Knightscope co-founder and VP of sales and marketing.