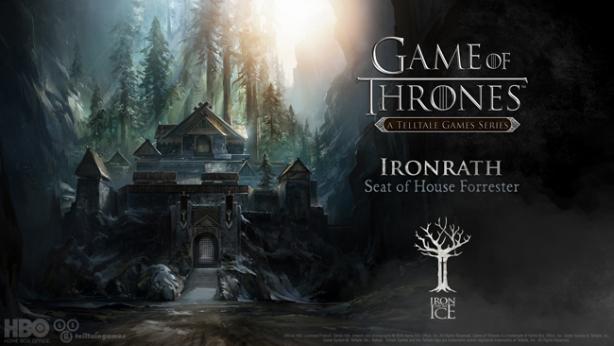 Where does the Game of Thrones game take off? It starts at close to the end of season three of the HBO smash hit TV series, and will end right on the bar of the start of season five. The game world is created from the Game of Thrones series, instead of the books written by George RR Martin. The story will focus on House Forrester, where throughout the season, gamers will play five members of House Forrester, either direct family, or servants of the House.

The game will take you to familiar places from the Game of Thrones series, such as King's Landing, and The Wall, but it will also introduce the home of House Forrester, Ironrath. Telltale explains: "House Forrester is a noble house from the Wolfswood in the north of Westeros. Bannermen to House Glover, they have always offered unswerving loyalty to the ruling great house of the North - the Starks. The Forresters are seated at Ironrath, an imposing stronghold surrounded by towering ironwood trees".