September 2014 has come and gone, with Google securing more of that coveted mobile OS market share pie. Android continues to lead, according to ComScore's latest data, with 52.1% of the mobile OS market, leaving iOS with 41.7% and Windows Phone with 3.6%. 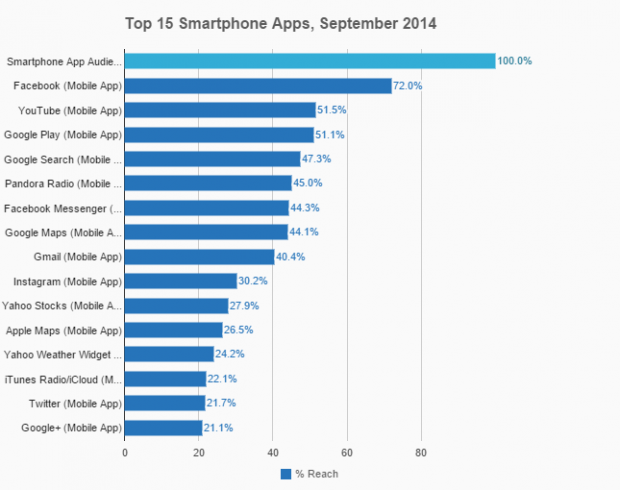 When it comes to the OEM market share, Apple actually lead the pack with 41.7%, while Android is the leading platform spread across multiple partners in Samsung, LG, Motorola and HTC. Not only that, but ComScore is looking at what users are running on their phones, with Google and Facebook owning most of the top-used applications.

Facebook and its own app leads the pack, with YouTube coming in second, Google Play in third, and Google Play in fourth place. Pandora takes fifth place, Facebook returns for sixth place with Messenger, and then Google makes a return for seventh and eighth place with Maps and Gmail, respectively.