Fitbit will soon launch three new fitness trackers, with the top-of-the-line model being the new Fitbit Surge. Surge will be more than the average wearable, with the company referring to it as a "superwatch". 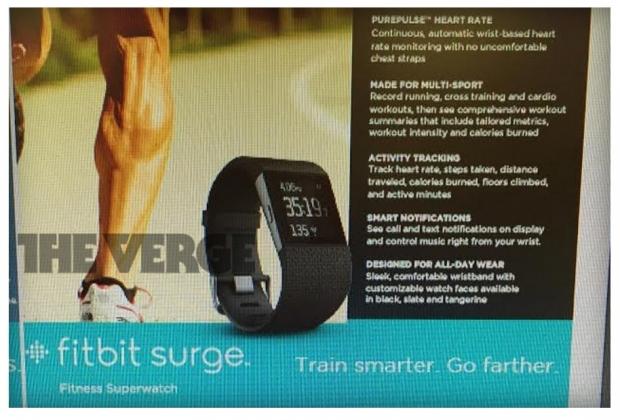 The new Fitbit Surge should be priced at $249, with the superwatch featuring built-in GPS tracking, PurePulse heart rate monitoring, and the ability of real-time workout data for various activities. The superwatch will provide users with stats on distance, pace, elevation climbed, heart rate intensity, and more. The new Surge will also carry over Fitbit's 24/7 activity tracking, where it'll make sure that you're getting enough sweat generated on your body each day.

Sleep tracking continues over, with the Surge having its, and your stats wirelessly synced over to the Fitbit app. Surge will also have "smart" notifications for phone calls and texts, and you can also control your music playback from Surge, which is a nice touch - pun not intended, but hey it works. Surge will launch in three colors: black, slate, and a colorful tangerine option.