Just days ago, August Germar showed off his Anonabox privacy router on Kickstarter, quickly flying past his pledge goal of $7500. Germar was promising a router that would give users near ultimate privacy, routing your Internet access through the Tor network. Germar raised $585,549 before Kickstarter suspended his Kickstarter, citing Germar "broke Kickstarter rules". 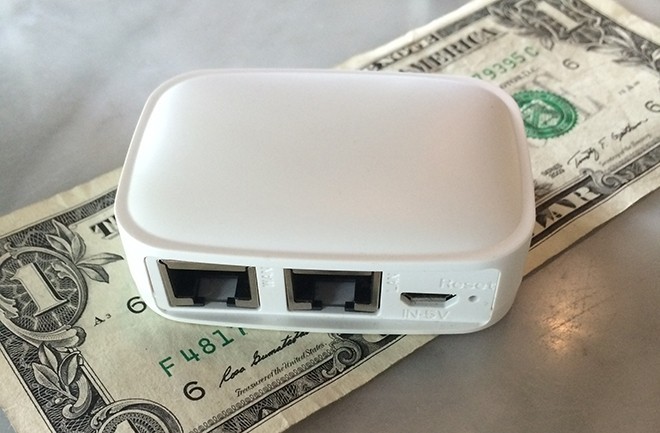 The Anonabox ball of thread began to unravel when some of its backers began to ask questions about Anonabox's custom hardware, as well as the promised security of its software. It snowballed to the point of many asking for the project to be cancelled, and asked others to report the misleading information to Kickstarter staff. Kickstarter emailed the project investors, telling backers that "a review of the project uncovered evidence that it broke Kickstarter's rules". These rules include the company to prohibit "offering purchased items and claiming to have made them yourself, presenting someone else's work as your own" and "misrepresenting or failing to disclose relevant facts about the project or its creator".

It all started on Tuesday night, with users seeing issues with the router's hardware, with its designer claiming was custom-designed. The backers found that all of the parts could be acquired from Chinese suppliers on sites such as Alibaba. Germar even confirmed with WIRED that the Anonabox prototype he had was built from "off-the-shelf case and a nearly stock board tweaked to add more flash memory storage, both sourced from the Chinese manufacturer Gainstrong", according to Wired.

After Kickstarter suspended the Anonabox, the funding page filled up with backers' applauding the decision to reverse their pledges. Others were disappointed to see it had been cancelled, with one user writing "Regardless of [Kickstarter] rules being broken (and the apparently 'drama' surrounding it), I'd still like to get my hands-on one".