The CCG Magic: The Gathering has had a long shelf life following its release in 1993, which continues to bring in new fans for the traditional game. Recording an unboxing style YouTube video for a vintage set of cards from 1993, the auction house/ fan site VintageMagic was taken aback when the set unveiled a rare card called 'The Black Lotus'. Another copy of the card sold recently for nearly $28,000 USD. 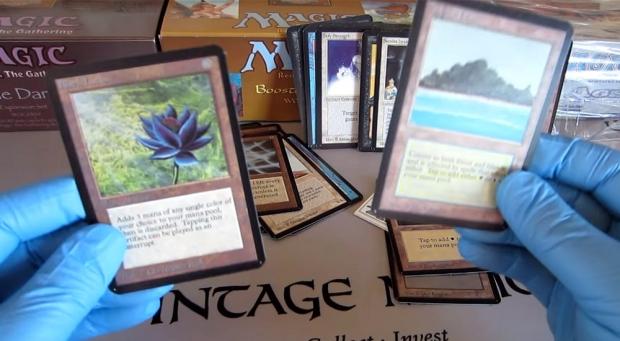 Just over 1100 copies of this card were originally printed, with most in the hands of cashed-up collectors. I wonder how many continue to be tied up in sealed sets around the world?