The potato machines will be running Shadow Warrior at 60FPS, but at what resolution? After a week of Ubisoft digging itself a hole, but in 30FPS because digging a hole at 60FPS would probably take twice as long, and you wouldn't look good while doing it, Flying Wild Hog, the developer behind Shadow Warrior, is confirming 60FPS for its upcoming first-person shooter. 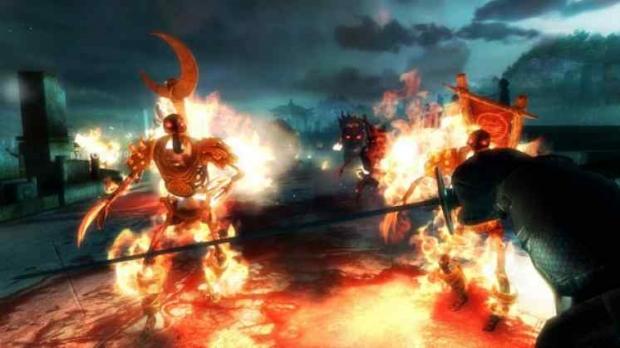 When asked over Twitter if the game would be running at 1080p on the PS4 and 900p on the Xbox One, teh developer replied with: "Shadow Warrior runs at 60fps on PS4 and Xbox One and is so cinematic you'll pee your pants. Coming October 21st". Shadow Warrior launches on the PS4 and Xbox One on October 23 in the US for $39.99. It launches in Europe a few days later on October 26.