It's been a rollercoaster ride for Ubisoft over the last couple of months, starting with Ubisoft it wasn't going to port Assassin's Creed for Wii U, because it wasn't powerful enough unless they degrade the experience, which they do not intend to do. 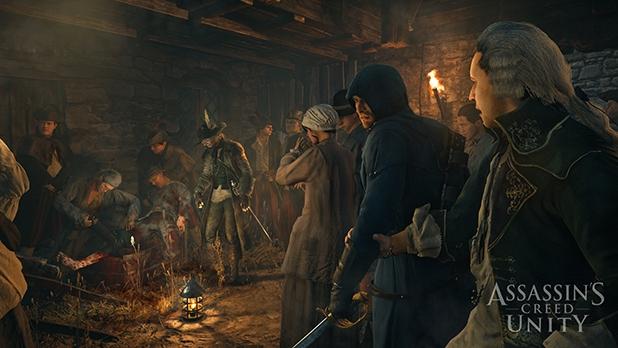 Older reports have pointed out that Assassin's Creed Unity will be rendered at 900p with 30FPS lock for both Xbox One and PlayStation 4. Later, Ubisoft's World Level Design Director for Unity Nicolas Guerin stepped in, adding that the reason they didn't aim towards 60FPS was because it made the game look like a Hobbit's movie while 30 FPS can deliver 'cinematic' experience.

PC and PlayStation 4 gamers started expressing disappointment towards Ubisoft and their actions towards the gaming community. PlayStation 4 gamers were also not happy because despite having more horse power than Xbox One, their experience will not be better. As the result of the backlash of its previous comments, Ubisoft had to reply to extinguish the fire, or at least try. Through its company's blog post, communications manager Gary Steinman said that the company will not stifle the game experience, rather it will try to achieve its full potential.

As the result of the backlash of its previous comments, Ubisoft had to reply to extinguish the fire, or at least try. Via its company's blog post, communications manager Gary Steinman said that the company will not stifle the game experience, rather it will try to achieve its full potential. He said, "Let's be clear up front: Ubisoft does not constrain its games. We would not limit a game's resolution. And we would never do anything to intentionally diminish anything we've produced or developed."

Although he made sure that his post doesn't end up as a blame game over a specific next-gen console, he said, "This is notable because the team has dedicated much of the past few months to optimizing Unity to reach 900p with a consistent 30 frames per second. Considering the sheer number of pixels that are being moved around at all times - which affects both the CPU and GPU - that's a significant achievement, especially as Assassin's Creed Unity will release when the new-gen consoles are barely more than a year old."

Gary Steinman went on saying that they know that a lot of gamers consider 1080p with 60FPS to be the gold standard especially for new-generation consoles. Interestingly, he avoided mentioning anything about gaming PCs, which obviously has far higher computing and graphic rendering capabilities.

Judging by the comments, it seems that Ubisoft's attempts to ward off angry villagers (PC and PlayStation 4 console gamers in this case) with pitchforks miserably backfired. In any case, gamers believe that 900p is just not good enough. Ubisoft also faced the fire in regards its final graphics output in Watch Dogs which later they had to apologize. Assassin's Creed 4 was also limited to 900p which was later fixed with a patch.