Lenovo took the wraps off of its Broadwell-powered Yoga 3 Pro earlier today, but the company unveiled two other devices, with the second being the new Yoga Tablet 2 Pro.

The new Yoga Tablet 2 Pro is a 13-inch, Android-powered slate that features a built-in projector. Yes, a built-in projector, that is capable of firing out a 16:9 high resolution image, or video, that Lenovo is pushing as the ultimate entertainment device. Considering the Yoga Tablet 2 Pro features a 2560x1440 QHD display and 8-watt sound system with subwoofer, we can see why. 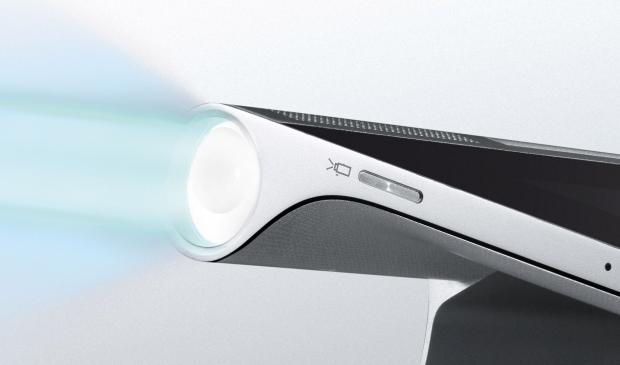