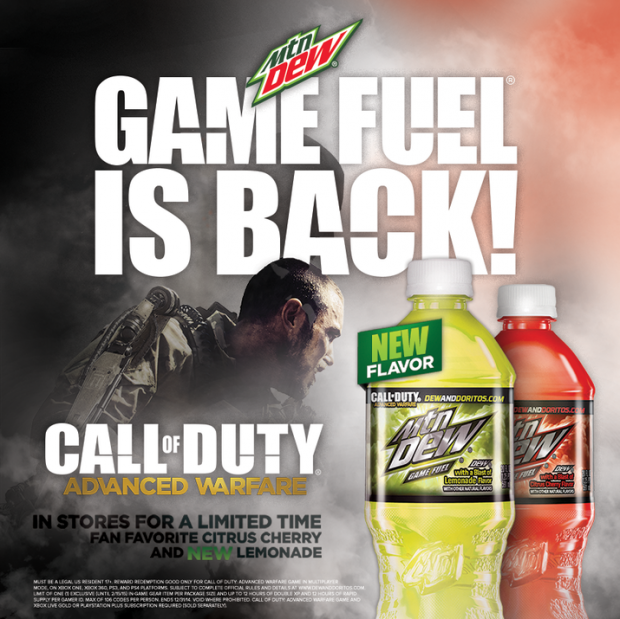 For those who do enjoy drinking some Game Fuel, Mountain Dew has unveiled a new lemonade flavor. The last games to be sponsored by Game Fuel was back in 2013, where Dead Rising 3 was promoted with citrus-cherry, while the new blue "Electrifying Berry" was entering the bladders of gamers who played Ryse: Son of Rome.