Ubisoft plans to bring its instructional guitar game Rocksmith 2014 to the Microsoft Xbox One and Sony PlayStation 4, with the title available starting on November 4. Using each console's video capture and streaming, gamers can play along with chords displayed on the screen, and includes 1080p graphics support. The game reportedly can help someone learn how to play a guitar in 60 days, using a Real Tone USB Cable that gives guitar owners the ability to connect to their console. 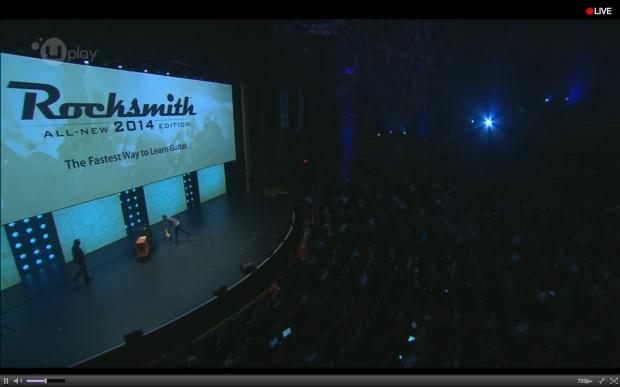 The virtual guitar assistance program was already available for the Xbox 360, PlayStation 3 and PC - but a refresh to make use of hardware strength of newer consoles was expected. Any DLC songs downloaded for the Xbox 360 and PS3 can be carried over to the next-generation console counterpart, according to Ubisoft.