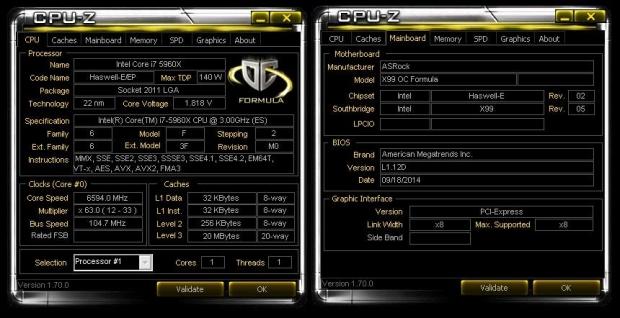 Shih hit 6594MHz specifically, disabling all but one core on the 16-threaded processor. An insane amount of voltage was pushed through the processor, with Shih pushing a huge 1.818V through the CPU. Shih took to his Facebook post to show off his adventures, with 6.6GHz being a huge achievement, now we just need to see 6GHz+ with all cores enabled!