There's a lot of reward that comes from filming in real locations, including a tangible sense of reality that was undoubtedly missing from the 'Star Wars' prequels, due to all the blue screen digital backlots. But with that reward comes a lot of risk, such as the set being found and leaked to the public. 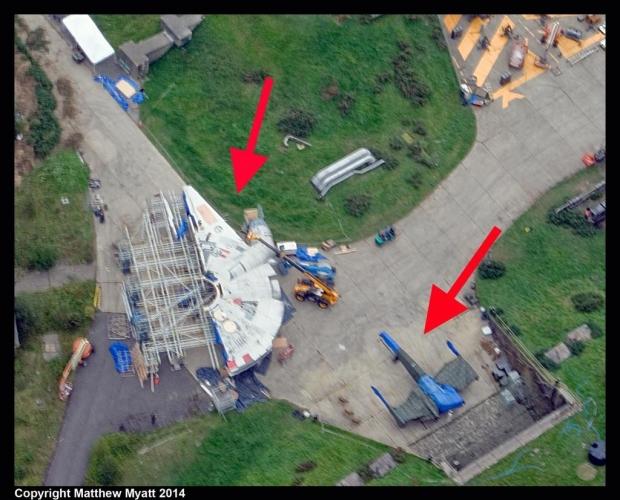 On a stock photography mission, Matthew Myatt from Airbourne Aviation accidentally found an 'Episode VII' set at the picturesque Greenham Common - a former Royal Air Force station in Berkshire, England. A partially completed Millennium Falcon and an X-Wing can be seen in the shot, which suspiciously looks to be a new rebel base.