ASUS has finally taken the wraps off of its ZenWatch, the company's first wearable, at IFA 2014 in Berlin, Germany. The new ZenWatch is powered by Google's wearable OS, Android Wear, and features a 1.63-inch, 320x320 AMOLED touchscreen. 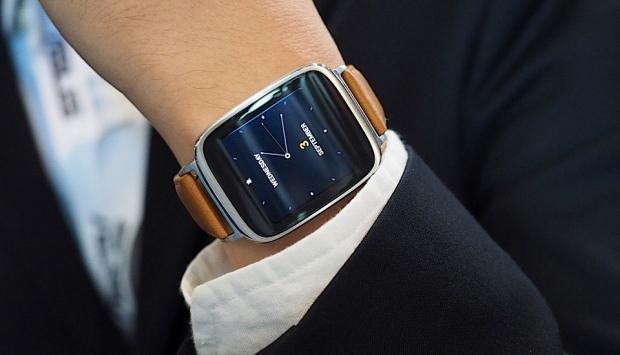 The body of the ZenWatch sports a curved stainless steel case which is surrounded by a rose-gold-colored inset, with the top of the smartwatch featuring a piece of 2.5D curved Gorilla Glass 3. It includes a genuine stitched-leather strap with a quick release clasp in the box, but this can be swapped out with your own 22mm band.

Inside of ASUS' first wearable is the same processor that powers some of the smartwatches from Samsung and LG: a 1.2GHz Snapdragon 400 SoC. We also have 512MB of RAM, 4GB of internal flash storage, a 1.4Wh battery, Bluetooth 4.0, a microphone and a biosensor that can monitor your heart rate and activity. ASUS has splashed an IP55 rating on the ZenWatch, so you don't have to take it off if you're going to jump in the shower. The Taiwanese manufacturer has also ported some of its ZenUI elements onto the ZenWatch, with some pre-loaded functions making the cut.

We have "Watch Unlock" which allows ZenWatch wearers to unlock their phone or tablet by tapping their ZenWatch's watch face. Tap Tap allows you to toggle pre-assigned functions by double-tapping the watch, and then we have the "Cover to Mute," "Find My Phone," "Remote Camera" and "Presentation Control".

ASUS will be making the ZenWatch available in select markets across the world in between late Q3 and Q4, at a price of around $260.