Lenovo is expected to unveil its new flagship handset at IFA 2014 this week, with the company using an interesting form of marketing. The image below shows that we should expect the Vibe X2 on September 4, but it also has Lenovo saying "We can't say anything either." 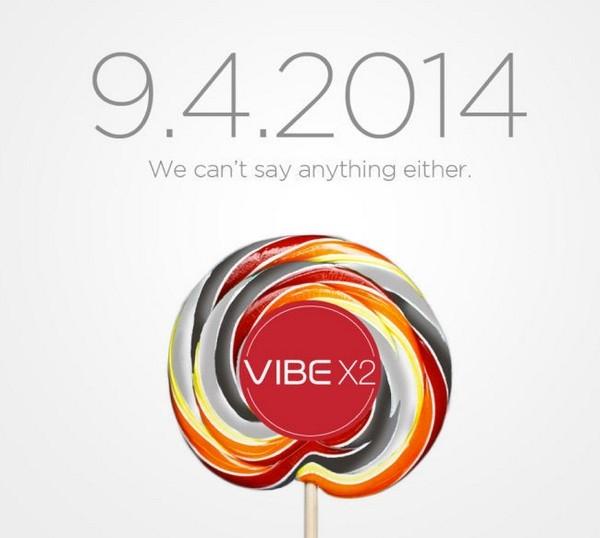 It's a nice play on Apple's "Wish we could say more" marketing on its 9/9 unveiling of the new iPhone, but Lenovo has an exciting phone to unveil, too. The Lenovo Vibe X2 should arrive with a 5-inch 1920x1080 display, an 8-core processor running at 2.2GHz, a 13-megapixel rear-facing camera, 2GB of RAM and 32GB of internal flash storage.

The second part of the tease on the Vibe X2 from Lenovo is that we can see that there's a lollipop there - Lollipop has been the rumored codename for Android 5.0, or Android "L", with the "L" being Lollipop, or Lemon Meringue Pie. IFA is going to be filled with huge smartphone releases this year, with the Galaxy Note 4 from Samsung, Xperia Z3 from Sony, new handsets from HTC, smartwatches from pretty much everyone, and then days later Apple will unveil its new iPhone in Cupertino, California.