A Purdue University professor of electrical and computer engineering has spearheaded research of a new app, Estar, able to reveal how quickly smartphone apps will drain a smartphone's battery. The app also provides more energy-efficient apps for users to choose from. 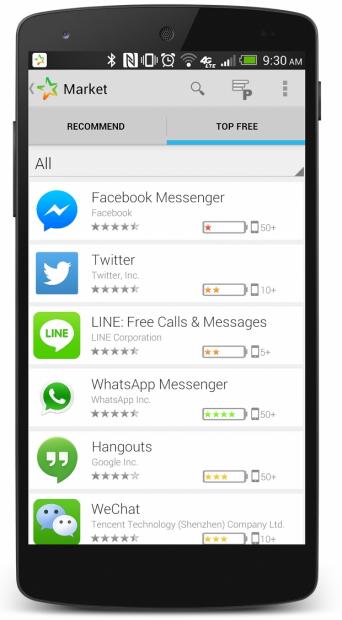 "While users are frustrated by the limited battery life, they often do not know which apps drain batteries the quickest, and as a result don't know what to do about it," said Y Charlie Hu, Estar app creator, in an interview with the media. "We created the free Estar app specifically to empower smartphone users to extend their smartphone battery life by exposing energy footprints of all the popular apps in the app market."

The Estar app is available to download via Google Play for free, and utilizes a five-star energy rating for apps, based on how fast a smartphone's battery will be drained.